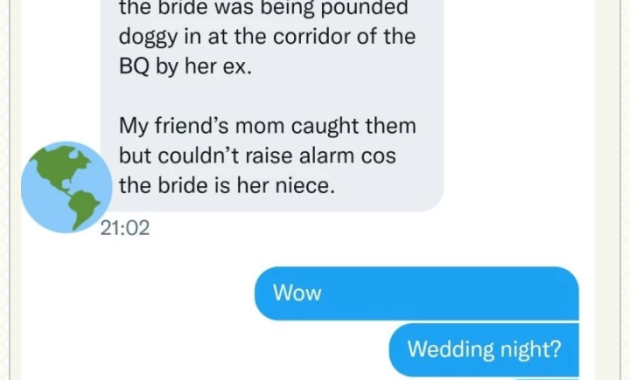 While family and guests were drinking and making merry, the new bride was caught having a good time with her ex by the corridor of the Boys Quarters. A Nigerian […] 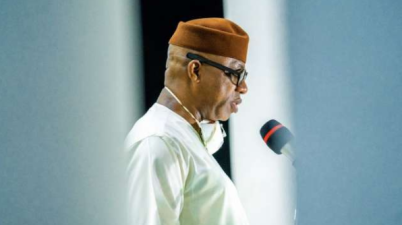 I am going to scatter everything – Annie Idibia cries out!!! Tuface Idibia has ran away from home over Annie Idibia’s wahala. 2face left his home for America after packing […]

The Counsel for the Department of State Service, I. Awo, told the Federal High Court, on Wednesday, that the case file relating to the Fundamental Human Rights Enforcement application filed […]

Following the retirement of Hon. Justice Ngozi Priscilla Emehelu, the immediate past Chief Judge of Enugu State, from the service of the State Judiciary on September 7, 2021, Governor Ifeanyi […]

President Muhammadu Buhari has approved the appointment of Fatima Waziri- Azi,Ph.D as Director General of the National Agency for Prohibition of Trafficking in Persons (NAPTIP) . This is sequel to […]

The Federal Inland Revenue Service, in a desperate bid to retain the collection of the Value Added Tax, has written the National Assembly, seeking the inclusion of VAT collection in […]

Commissioner for Finance and Economic Creation, made the appeal at the start of a Technical Workshop on the development of the state’s Medium-Term Sector Strategy (MTSS). BY SAHARAREPORTERS, NEW YORKSEP […]

Super Eagles captain Ahmed Musa has rewarded his teammates N5million following their 2-1 win against Cape Verde on Tuesday, in the 2022 FIFA World Cup qualifier. The money was from […]

Star players like Thiago Silva, Fred, Fabinho, Emiliano Martinez, Gabriel Jesus and five others others have been banned by FIFA from representing their clubs during premier league games for the […] 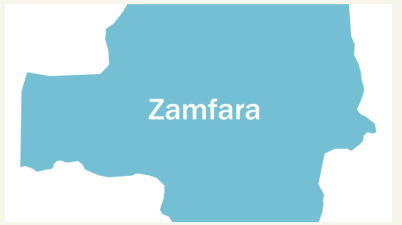 We Have Backing Of VAT Act, FIRS Insists

The Federal Inland Revenue Service (FIRS), Wednesday said it has the backing of the Value Added Tax (VAT) Act to collect the tax. Rivers State government is currently locked in […] 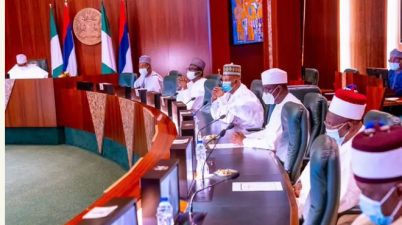 The chief executive officer (CEO), of Air Peace, Allen Onyema has fulfilled his promise to the Super Eagles of Nigera after they defeated Cape Verde 2-1 in their 2022 World […] 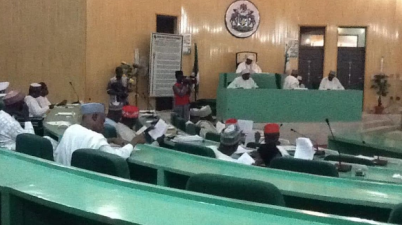 The Kano State House of Assembly has joined the calls for the creations of State Police, saying it must be done if truly government means to tackle the insecurity facing […] 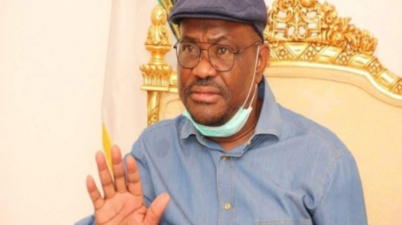 VAT: I Will Take Over FIRS Offices In Rivers If Their Bullying Continues – Wike

Rivers State Governor, Nyesom Wike, on Wednesday, threatened to “take over” all offices of the Federal Inland Revenue Service in the oil-rich South-South state if the government agency continues with […]

Anti-open Grazing: Give Us Time To Train Our Members – Miyetti Allah Begs Lagos

Maikudi Usman, zonal secretary of south-west MACBAN, made the plea on Wednesday at the public hearing of the Lagos state anti-open grazing bill. He said the members of the association […]

The Legal Practitioners’ Privileges Committee (LPPC) has shortlisted 130 lawyers for the award of the prestigious rank of Senior Advocate of Nigeria (SAN). The names of the shortlisted candidates were […]

Governor Oluwarotimi Akeredolu of Ondo State has blasted the Miyetti Allah Kataul Hore over plans to move against the anti-open grazing law in the state and other southern states. Akeredolu […]

NYSC Signs MoU To Include Corps Members On NHIS Programme

The National Youth Service Corps has signed a Memorandum of Understanding with the National Health Insurance Scheme on the inclusion of Corps Members in the NHIS programme. NYSC Director-General, Brigadier […]

The Governing Council of Obafemi Awolowo University, Ile-Ife has dismissed Dr. Adebayo Mosobalaje, a lecturer at the Department of English Language in the Faculty of Art, who was allegedly found […]

Super Eagles captain, Ahmed Musa, is two games away from becoming a centurion with the national team, The PUNCH reports. Several media reports (The PUNCH not inclusive) reported that the […] 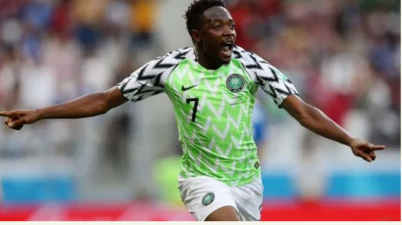 Ahmed Musa To Get ₦10 Million For Reaching 100 Caps

Super Eagles captain, Ahmed Musa, will receive the sum of N10million from the Nigeria Football Federation (NFF), for winning his 100th cap for the country, Newspremises reports. This was confirmed […]

President Muhammadu Buhari yesterday played host to the Saudi Arabian minister of Foreign Affairs at State House, Abuja, declaring that the oil rich kingdom had been quite kind to Nigeria. […]

Senate To Investigate Illegal Exportation Of Gold Worth $9 Billion Yearly

After Sen. Kalu’s Motion, Senate To Investigate Illegal Exportation Of Gold Worth $9bn Yearly As the country grapples with dwindling revenue, Senate has concluded plans to begin a 3-day public […]