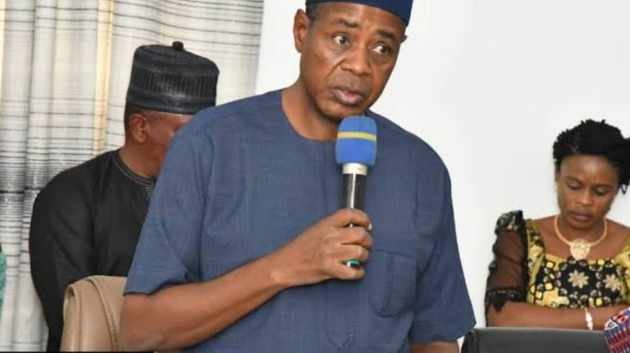 June 12 Protesters Will Have Themselves To Blame – Kogi Govt

The Kogi State Government has warned those planning to protest in the State on Saturday, June 12, to jettison the idea or face the full wrath of the law. The […]

Zamfara State Government has cancelled this year’s Democracy Day celebration due to the insecurity currently affecting the state. The state also directed its citizens to defend themselves against attacks by […]

Ondo State Police Command has said that it will not fold its arms and watch any protest, under whatever guise, in the state to degenerate to the #EndSARS mayhem. The […]

President Buhari In Exclusive Interview With NTA At 8:30 Tonight 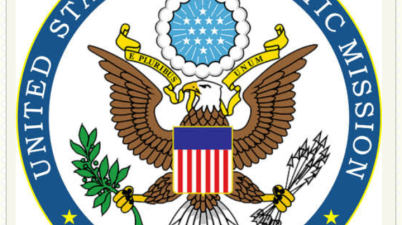 June 12: US advises citizens in Nigeria ahead of Nationwide protests

Several groups have announced their intentions to protest nationwide on June 12, Democracy Day. Police presence and response can be expected nationwide, including in Abuja where Government events are scheduled […]

In our world, it is a very normal thing for a man to want to get a lady for himself. I would better put it that it is a natural, […]

Defence Minister, Retired Maj. Gen. Bashir Magashi, his Interior Ministry counterpart, H.E. Raul Adesoji Aregbesola and Service Chiefs, in a closed-door meeting on #security challenges with all the Governors of […]

Nigeria, Twitter Need Each Other – Lawan Reacts To Ban

The Senate President, Ahmad Lawan, has broken his silence on the suspension of micro blogging and social network platform, Twitter, in Nigeria. Recall that the Minister of information and Tourism, […]

The 16th European Championship is finally starting today, Friday June 11, a trans-continental tournament encompassing 51 matches over 31 days in 11 countries, ranging from Baku in the east to […]

June 12: ‘Team Lagos’ Threatens To Resist Any Protest In Lagos

A group called Team Lagos has urged Lagos residents to shun the protest planned to kick start at Ojota on Saturday, June 12. This was conveyed in a statement signed […]

The ‘Presidency‘ has accused some Nigerians of celebrating the insecurity currently ravaging many parts of the country. Special Adviser to President Muhammadu Buhari on Media and Publicity, Femi Adesina in […]

EFCC Arrests Father And Son For Internet Fraud In Lagos

The Economic and Financial Crimes Commission (EFCC) is grilling a father, Isa Bola Bakare, and his son, Malik Giles Bakare over alleged conspiracy on computer-related fraud. They were apprehended for […]

The Kaduna State Government has been briefed by security agencies of an attack by armed bandits at the main campus of the Nuhu Bamalli Polytechnic, Zaria, late on Thursday night. […] 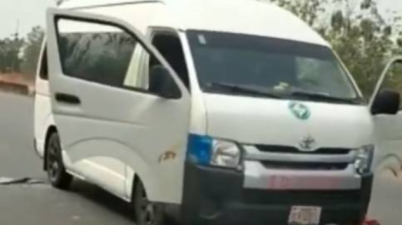 There is apprehension in Eke-Onuimo, in the Onuimo Local Government Area of Imo state following the abduction of 15 passengers along Enugu-Port Harcourt Road by suspected herdsmen. The passengers were […] 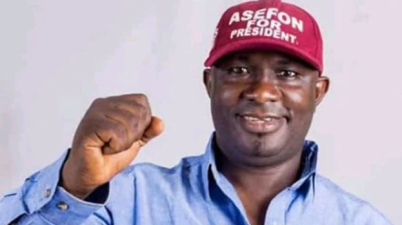 The National Association of Nigerian Students has suspended its planned June 12 nationwide protest, The PUNCH has learnt. NANS President, Sunday Asefon, made this known in a statement on Friday […]

Minister of Finance, Budget and National Planning, Mrs. Zainab Ahmed, yesterday admitted that the federal government is exceeding its borrowing plan for 2021, blaming the development on the COVID-19 pandemic […]

It was harrowing experience for some Lagosians following the restriction of movement imposed on certain areas of the metropolis as a result of President Muhammadu Buhari’s visit to Lagos. Although, […]

The Chief of Defence Staff, General Lucky Irabor, on Thursday met with major-generals, Air vice Marshals and the rear admirals who are members of the Regular Course 36 and senior […]

President Muhammadu Buhari’s reference to Lagos while speaking on the future of the All Progressives Congress (APC) has nothing to do with party stalwart Asiwaju Bola Tinubu, the Presidency said […] 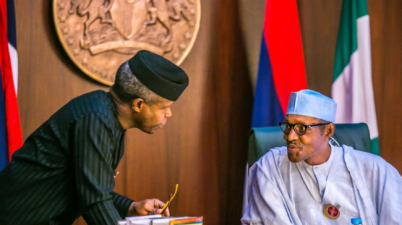 Manchester United have reportedly agreed personal terms with Borussia Dortmund forward Jadon Sancho over a move to Old Trafford this summer, Newspremises reports. The Red Devils have been long-term admirers […] 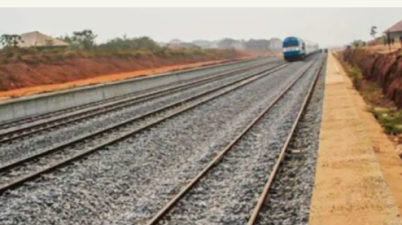 Transport minister Rotimi Amaechi says the extension of the Abuja-Kaduna rail line to Kano wll begin this June. He disposed this during the official commissioning of the facility on Thursday […] 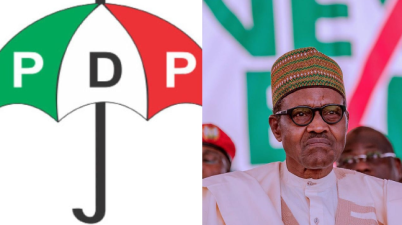 Buhari Will Be The Only President To Emerge From APC Platform, PDP Boasts

The Peoples Democratic Party (PDP) on Thursday said President Muhammadu Buhari will be the only President to emerge from the platform of the ruling All Progressives Congress (APC). The party […] 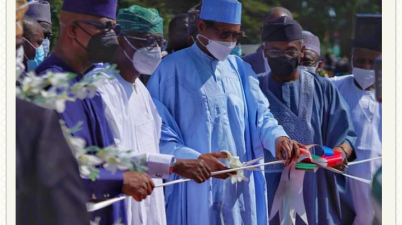 Sanwo-Olu Hands Over 180 Vehicles, 6 Troop Carriers, Other Equipment To Police