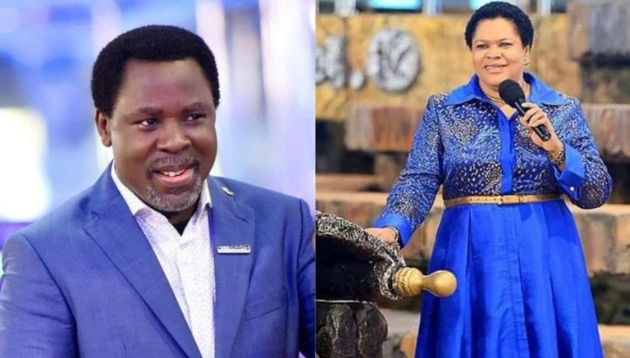 Evelyn, wife of the Founder of the Synagogue Church of All Nations, Prophet Temitope Balogun Joshua, popularly known as T.B. Joshua, has given details of how her husband died. Evelyn […] 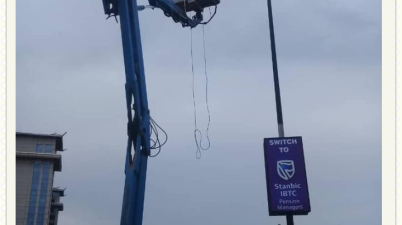 In furtherance of the renewed campaign to upgrade public infrastructure, the Lagos State Government has commenced the retrofitting of streetlights from High-Pressure Sodium Bulb (HPS) to Light Emitting Diode (LED) […] 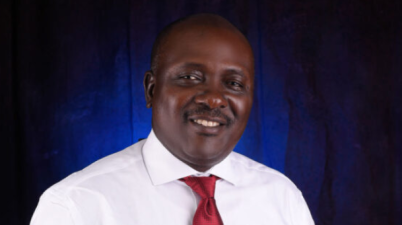 GOCOP To Buhari: Suspension Of Twitter Major Setback For Businesses

The Guild of Corporate Online Publishers, GOCOP has called on President Muhammadu Buhari to rescind his government’s decision to suspend Twitter in Nigeria. GOCOP made this call in a statement […]

Major General Obi Abel Umahi (rtd) has resigned as the chairman of the South East Security Committee which was formed on August 31, 2019 Umahi tendered his resignation in a […]

The Federal Government has sanctioned Ozuruonye Chukuma, the Registrar of Benin Federal Marriage Registry. The government is furious about what was described as gross negligence, absence from duty without leave, […]

The Inspector-General of Police, Usman Alkali Baba, has announced the immediate suspension of tinted vehicle windscreens in Nigeria. The IGP announced this on Monday during a meeting with senior police […]

The Commissioner of Police in Imo State, CP Abutu Yaro has warned criminals in possession of firearms belonging to security agencies in the state to return them on or before […]

Former AC Milan youth player Seid Visin has killed himself after years of racist abuse. Visin, who played for the youth academies of both Milan and Benevento, was recently found dead at […]

Twitter Ban: FG Summons US, UK Envoys, Others Over Comments

The Federal Government has summoned the envoys of the United States, United Kingdom, Canada and the European Union in Nigeria over their recent comments on the suspension of microblogging site […]

As the clamour for a new constitution continues, the House of Representatives on Sunday said such demand is not possible at the moment, stating that the 1999 Constitution only made […]

Twitter Ban: FG Could Have Handled It A Lot Better – Sanwo-Olu

The federal government has given a condition to lift its indefinite suspension of Twitter in Nigeria. Geoffrey Onyeama, minister of foreign affairs, said at a meeting with some envoys that […]

Two express trains collided in southern Pakistan early on Monday, killing at least 38 passengers, authorities said, as rescuers and villagers worked to pull injured people and bodies from the […]

President Muhammadu Buhari commiserates with the family and members of The Synagogue, Church of All Nations (SCOAN) on the passing of their father and founder, Pastor Temitope Balogun, popularly known […]

By Ameh Ejekwonyilo The threat by the Attorney General of the Federation and Minister of Justice, Abubakar Malami, to prosecute “violators” of the government’s ban on Twitter operations in Nigeria […]

MURIC: Any Yoruba Christian Presidential Candidate will lose in 2023

With present economic woes, we shouldn’t add to our people’s problems – NESG The Nigerian Economic Summit Group and economic experts on Sunday described the Federal Government’s ban on a […]

PRESS RELEASE!!! NBC DIRECTS ALL BROADCASTING STATIONS IN NIGERIA TO SUSPEND TWITTER USAGE. Consequent on the suspension of Twitter operations in Nigeria by the Federal Government over the persistent use […]

Founder and Spiritual Director of Adoration Ministries Enugu, Reverend Father Ejike Mbaka, has explained why he refused to acquire a private jet like other pastors.

Mbaka said although he has the funds to acquire private jets also, he would rather use the money to feed the poor and help the needy. The cleric maintained that […]

A member of the House of Representatives, Mark Gbillah (PDP, Benue), has said he will try to halt Tuesday’s legislative proceeding if an attempt is made by the leadership of […]

Medical Laboratory Science Council of Nigeria (MLSCN), has confirmed the claims of the Nigeria National Accreditation System (NiNAS) that Nigeria has only 10 medical laboratories that produces reliable and trusted […]

But for the timely intervention of men of the Vigilante Group of Nigeria, VGN, in Igangan, more casualties would have been recorded in a midnight invasion carried out by bandits […]

BANDITS have again killed 41 farmers in Tofa and Samawa villages in Bungudu Local Government Area of Zamfara State. An indigene of the area, who gave his name as Malam Balarabe, […]

Nigeria Dying, Loses Over N2billion Daily To Twitter Ban Amid Massive Unemployment, Economic Downturn Nigeria loses over N2 billion to Twitter shutdown in the country on a daily basis, SaharaReporters […]

ASUU: Crises & Strikes In Varsities Not Over

Academic Staff Union of Universities has called on the FG to resolve outstanding issues before suspension of its 10-month strike, to guarantee peace in universities. The union said government was […]