The Speaker, Ogun State House of Assembly, Rt. Hon. (Prince) Olakunle Taiwo Oluomo, has congratulated Muslims on the occasion of the 2021 Eid-el Fitri celebration and urged the entire ummah […] 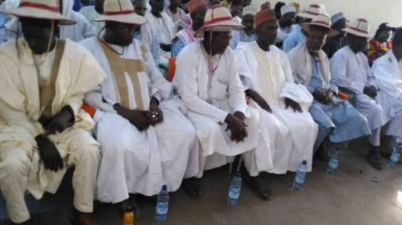 The National Secretary of Miyetti Allah Kautal Hore, Alhassan Saleh, says the ban on open grazing of cattle by southern governors is an ‘empty policy’. The governors had after a […]

Fela Durotoye Gets Range Rover From Mentees For 50th Birthday

Public speaker and former presidential candidate Fela Durotoye has been gifted a Range Rover by his mentees ahead of his 50th birthday, Igbere TV reports. Mr Durotoye shared a video […]

OMG- Eid-Al-Fitr TO ALL OUR MUSLIMS BRETHREN IN REMO FEDERAL CONSTITUENCY.

Olanrewaju Michael George say special greetings to all our faithful muslim fathers, mothers, brothers and sisters on this great season of Eid-al-Fitr. All lesson learnt during the ramadan fasting has […]

Renowned Islamic Scholar, Sheik Dahiru Usman Bauchi, held Eid prayers with his followers in Bauchi State on Wednesday. This is against the directive of Alhaji Sa’ad Abubakar, the Sultan of […] 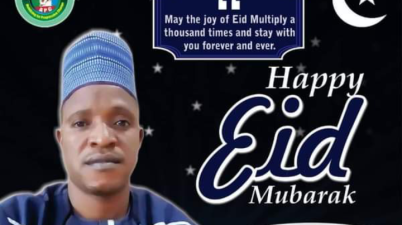 COMRADE LAWAL TOSIN, Ondo State Coordinator of All Progressives Congress Youth League (APCYL, ODSC) congratulates Muslim Faithfuls in the state and beyond on the successful completion of the month-long Ramadan […]

THE SENATE FEDERAL REPUBLIC OF NIGERIA. Committee on the Review of the 1999 Constitution.National Assembly Complex,P. M. B. 141, Gorki, Abuja-Nlgeria Zonal Public HearingI, Chairman and members of the Senate […]

Lagos State Governor, Mr. Babajide Sanwo-Olu has felicitated with Nigerians, especially Muslim faithful as they celebrate Eid-el-fitri, which marks end of the month-long Ramadan fasting and prayers. Sanwo-Olu, in his […] 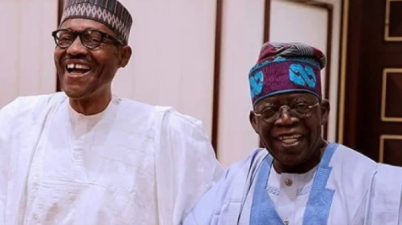 All Progressives Congress chieftain, Bola Tinubu, has urged Nigerians to put politics aside and pray for the President, Major General Muhammadu Buhari (retd.) for strength and wisdom to protect the […]

KATSINA State Attorney General and Commissioner for Justice, Ahmad El-Marzuq, on Tuesday, assured Chairmen of dissolved Local Government Councils in the state of the payment of all their outstanding salaries […]

The Ministry of Transportation Tuesday gave fresh evidence for investigating activities of the Nigerian Ports Authority (NPA). The permanent secretary of the ministry, Magdalene Ajani, in a statement, said the […]

Attacks: Security Agencies Now Run To Us For Help – South-east Residents Cry Out

Those who are saddled with the responsibility of securing the lives and properties of Nigerians are no longer secured in some parts of the country, particularly the South-East and parts […]

Chelsea have been crowned back-to-back Women’s Super League champions after beating Reading 5-0 to claim the 2020-21 title at Kingsmeadow on Sunday. The title race came down to the final […]

The Chairman of the Economic and Financial Crimes Commission, Abdulrasheed Bawa, has disclosed that the commission has so far recovered a total of $153 million and 80 houses valued at […]

The National Electricity Grid Has Experienced A System Collapse.

National Grid Collapse. Dear Esteemed Customers, We regret to inform you that the power outage currently being experienced across our franchise- Kaduna, Sokoto, Kebbi and Zamfara states- is as a […]

Parents whose wards attend Federal Government College, Nise, Anambra state, have petitioned the Minister Of Education about the deplorable state of their children’s hostels and classes. The parents asked the […]

ON THE OCCASION OF EID, PRESIDENT BUHARI CALLS FOR UNITY AND SOLIDARITY President Muhammadu Buhari sends his best wishes to all Nigerians and Muslims across the globe as they mark […]

The Minister of Information and Culture, Lai Mohammed, has assured Nigerians that the Federal Government is handling the problem of insecurity in the country.

The Minister of Information and Culture, Lai Mohammed, has assured Nigerians that the Federal Government is handling the problem of insecurity in the country. He said the insinuation in some […]

Lagos Businesswoman Shares Apartment With Intruder For One Year

A businesswoman, Cira Nzube, and her neighbours in the Olodi-Apapa area of the Apapa Local Government Area of Lagos State have been left in confusion over the illegal entry into […]

21 Schemes In The Works, Says Commissioner By the end of 2023, Lagos State Governor Babajide Sanwo-Olu would have delivered 35 housing schemes to close the huge deficit in the […]

Lai Mohammed: I Did Not Blame Murtala Mohammed For Spate Of Insecurity

The Minister of Information and Culture, Alhaji Lai Mohammed, says the media report that he blamed the regime of Gen. Murtala Mohammed for spate of insecurity in Nigeria is “fake […]