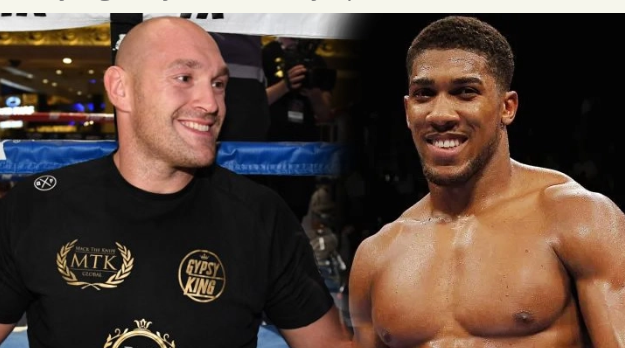 The all-British heavyweight showdown between Anthony Joshua and Tyson Fury is set to take place on one of the first two Saturdays in August in Saudi Arabia, according to promoter […] 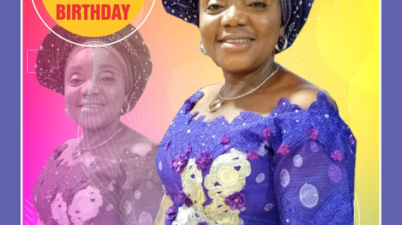 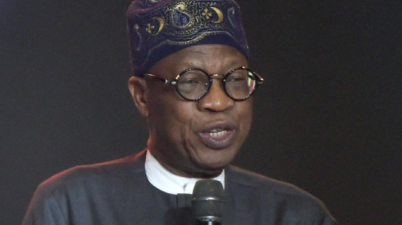 The Federal Government is set to prosecute 400 suspects arrested for allegedly funding terrorism in the country. This is according to the Minister of Information and Culture, Lai Mohammed, who […] 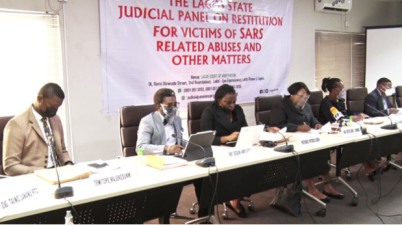 The Lagos State Judicial Panel on restitution for victims of SARS-related abuses has awarded the sum of ₦13.5m to 3 victims of police brutality. A 34-year-old trader, Ndukwe Ekekwe was […] 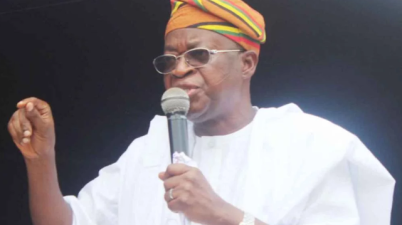 The Osun State Government has announced that it is shutting down indefinitely the Inisa Town Central Mosque in Odo-Otin Local Government Council Area. The decision to shut down the mosque […] 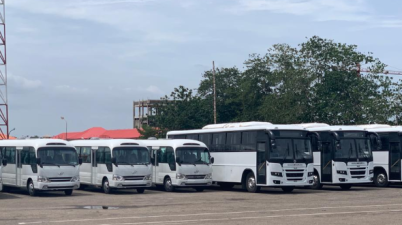 In its determination to modernize and promote efficiency in the transport sector of the state, the Ogun State government has taken delivery of high-capacity new buses equipped with modern technological […] 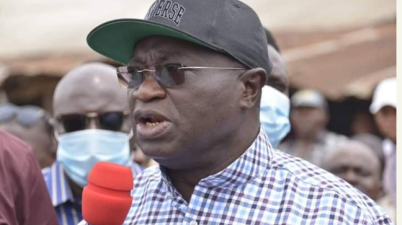 Abia State governor, Dr Okezie Ikpeazu has announced a 6pm to 6am daily curfew on Umunneochi and Bende local government areas of the state, ABN TV reports. This is squel […] 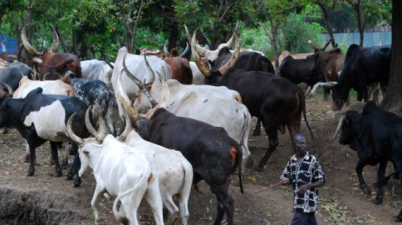 The Nigeria Police Force has ordered immediate withdrawal of personnel attached to governors, senators and other public office holders in the South East over nonstop attacks on police officers and […] 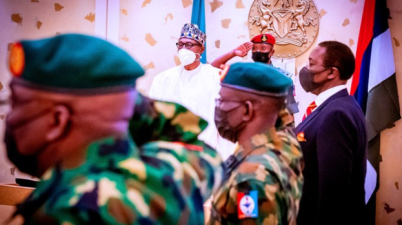 President Muhammadu Buhari has approved new security measures for the Southeast and South-South regions of the country. This was one of the outcomes of the series of security meetings held […] 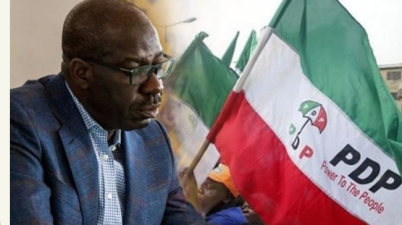 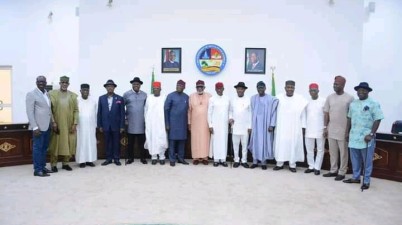 ASABA- Southern Governors Forum (SGF), has yesterday resolved on immediate ban of open grazing across the Southern part of Nigeria as they requested for a national dialogue on restructuring. The […] 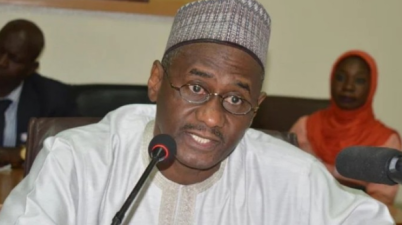 The Muslim Rights Concern, MURIC, has said the next Yoruba presidential candidate should be a Muslim in the interest of fairness, justice and equity. MURIC made the call amid rumours […]

What could have been a bloody attack on worshippers at Magama Central Mosque in Jibia Local Government Area of Katsina State by bandits, have been averted by troops of 17 […]

Gani Adams: Adeboye, Abina Sons’ Death, One Too Many

By Bola Badmus – Lagos On May 10, 2021 Aare Onakakanfo of Yoruba land, Iba Gani Adams, has consoled the General Overseers (GO) of the Redeemed Christian Church of God […]

Army Reacts To Killing Of Watermelon Seller By Soldier

RESS RELEASE RE: SOLDIER KILL TRADER FOR DEMANDING PAYMENT FOR GOODS HE BOUGHT The attention of the Nigerian Army (NA) has been drawn to a news report by an online […]

Super Eagles midfielder, Kelechi Nwakali has revealed his intention to dump the senior national team for another country. Nwakali, who has not been capped in a competitive game, scored a […]

Akwa Ibom State Governor, Mr Udom Emmanuel has comisserated with the state Police Command over the loss of officers of the Police force in the wake of attacks on security […]

By now, you may have read the comments of one Olu Okeowo, who belittled the people of the Southwest when he said inter alia, as follows: ”I have noticed, electricity […]

The Arewa Consultative Forum (ACF) has revealed that Northern Nigeria will never support secession calls because there’s nothing wrong with the extant structure in the country. Across the country, calls […]

Igbos Have So Much In Lagos, Can’t Think Of Attacking It ― Ohanaeze

The Ohanaeze Ndigbo has condemned any act that will lead to breach of peace and order in Lagos State. Reacting to the said intelligent reports that members of IPOB are […]

Enugu Catholic Priest, Rev. Fr. Ejike Mbaka has announced a shutdown of the Adoration Ministry for a period of one month. DAILY POST gathered that this may not be unconnected […]

There is heavy security in Asaba the Delta State capital as southern governors meet today, Tuesday. Security operatives were seen at strategic points in the capital to forestall any unforeseen […]

Abia State governor, Dr. Okezie Ikpeazu has expressed anger over an attack on Mike Okiro Police Station located along Umuahia-Uzoakoli Road, close to Ubani market, insisting that perpetrators will not […] 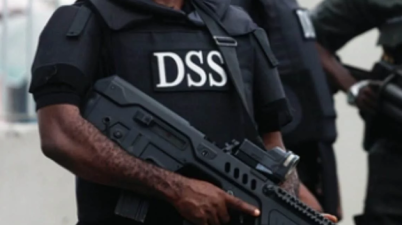 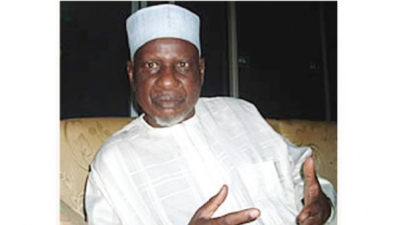 Alhaji Tanko Yakassai, elderstatesman and Second Republic presidential liaison officer in this interview with TEMIDAYO AKINSUYI, shares his thoughts on alleged coup plot, fears over Nigeria’s breakup and the 2023 […] 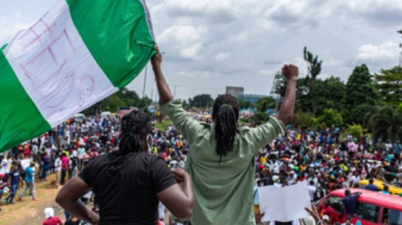 The Ogun State Judicial Panel of Investigation on Police Brutality, Human Rights Violations, and Extra-Judicial Killings has concluded its sitting six months after it held its inaugural session. A total […] 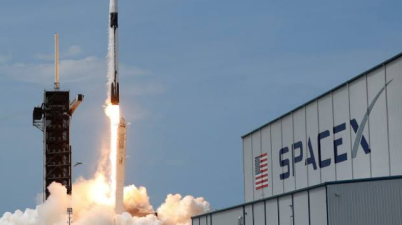 US-based Space exploration company, SpaceX has said it is working with the Nigerian Communications Commission (NCC) to secure the required licences to launch Starlink, its satellite Internet service, in Nigeria. […]