Nurses have staged a peaceful protest in Kaduna State over the abduction of two female colleagues from the General Hospital in Idon, Kajuru Local Council, giving the state government 48 […]

“Part of being a person is about helping others.” – “A community is like a ship, everyone ought to be prepared to take the helm.” – “Service to others is […]

Prophet Joshua Arogun Who Predicted Kalu’s Release, Insists He Is Next President

Prophet Joshua Arogun who predicted the release of former Governor of Abia State, Senator Orji Uzor Kalu, and victory of President Muhammadu Buhari in the 2015 general election has again […]

Buhari: Killing Of Innocent People In Zamfara By Bandits Unacceptable

President Muhammadu Buhari has criticised the latest killing of tens of people by bandits in Zamfara State, warning that “such wanton disregard for life will be brought to an end […]

Leicester City striker, Kelechi Iheanacho, is set to join Thomas Tuchel’s Chelsea this summer. According to Spanish publications, Fichajes, Tuchel is very convinced in the ability of Iheanacho to improve […]

Since Nigeria’s Fourth Republic began in 1999, the eight oil and gas producing states have received over N9 trillion under the derivation principle sanctioned by the nation’s constitution. The constitution […]

Governor Okezie Ikpeazu has described the death of Late Hon. Ossy Chinedu Prestige, the immediate past Member, representing Aba North and South Federal Constituency at the National Assembly as a […]

Inside Ogun Communities Where Fulani, Yoruba Live As One

A Fulani man, Abass Isa, sat on a mat in front of his rented apartment in the Sabo, Abeokuta, Ogun State, He faced some children who sat on the floor […]

The Muslim Rights Concern has urged President Muhammadu Buhari to reject voices calling for the resignation of the Minister of Communications and Digital Economy, Isa Ali Pantami. This is according […]

NEC faults Obaseki, says N60bn not printed to shore up March allocationMinister fixes May date, CBN explains technical challenges in further shiftState governors on Thursday at the monthly meeting of […] 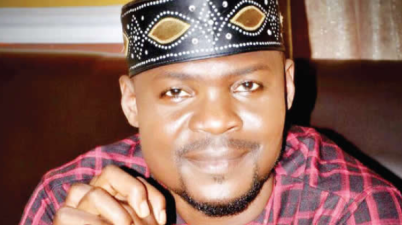 Popular Nollywood actor, Olanrewaju Omiyinka, aka Baba Ijesha, has been arrested by men of the Lagos State Police Command for allegedly defiling a minor. PUNCH Metro gathered that a closed-circuit […]

Nigerian Defense Minister Bashir Salihi Magashi said on Wednesday that the country will beef up security along its border with Chad, which is in the grip of a political crisis […] 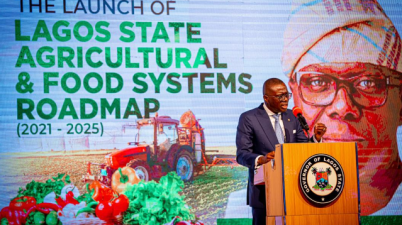 STATEMENT BY THE PRESIDENCY ON RECENT CAMPAIGN AGAINST THE MINISTER OF COMMUNICATIONS AND DIGITAL ECONOMY Today, there is an unfortunate fashion in public discourse that makes leaders in politics, religion, […]