An Elder Statesman and former Leader of a socio-political group, Afenifere, Pa Reuben Fasoranti, has expressed support for the presidential ambition of the APC National Leader, Sen. Bola Tinubu. Fasoranti […] 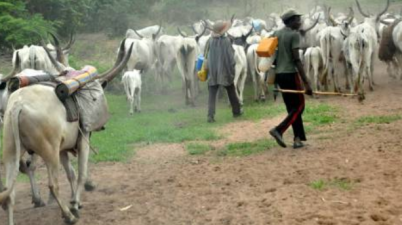 Suspected Herdsmen Attack 3 Farmers In Ekiti, As They Struggle To Survive

No fewer than three people sustained injuries as suspected killer Fulani herdsmen attacked farmers in Irele Ekiti Farm Settlement in Ekiti State on Tuesday. A source told SaharaReporters that the […]

Rauf Aregbesola, minister of interior, says the fugitives who escaped from the custodial centre in Owerri, Imo state capital, will be pardoned if they voluntarily return. The minister gave the […]

Our dear city of Owerri had its peace and tranquillity shattered by heavily armed hoodlums who blasted open the doors of the correctional facility, facilitating the escape of well over […]

Imo Governor, Hope Uzodinma, on Tuesday, urged policemen to use their rifles to defend themselves against members of the Indigenous People of Biafra, IPOB. Uzodinma spoke at the Police Command […] 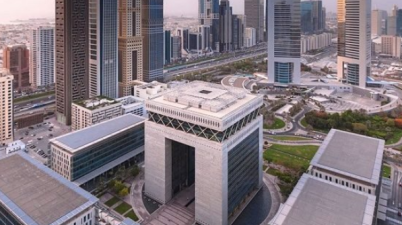 More than 130 choice assets have been bought with looted funds in Dubai, United Arab Emirates (UAE), by some ex-governors, ministers and senators. These assets are among the over 800 […] 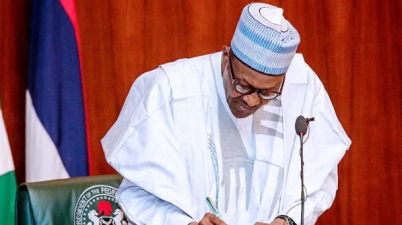 A few days after the death of a member of the House of Representatives, Haruna Maitala, another lawmaker representing Lere Federal Constituency of Kaduna State, Suleiman Aliyu (APC), has passed […]

Nigeria has been excluded from the list of 28 countries granted debt pardon by the Executive Board of the International Monetary Fund (IMF). The Board has approved a third tranche […]

HURIWA: IPOB May Not Be Responsible For Imo Attacks

Imo prison attack: IPOB may not be responsible – HURIWA suggests The Human Rights Writers Association of Nigeria, HURIWA, has said members of the Indigenous People of Biafra, IPOB, may […]

Ahead Of His Defection, APC Governors Visit Matawalle In Gusau

Ahead of the imminent defection of Governor Bello Matawalle of Zamfara state, Chairman of the Progressive Governors’ Forum (PGF) and governor of Kebbi state, Senator Abubakar Atiku Bagudu yesterday led […]

The debts of four states exceeded their net revenues by more than 400 per cent, the Fiscal Responsibility Commission has said. The states are Lagos, Osun, Cross River and Ogun. […]

Owerri Prison Attack: They Threw Explosives At Us

The hoodlums who attacked the Owerri Prison Facility and freed thousands of inmates in, early hours of Monday, have been said to have attacked the Imo State police headquarters in […]

Akwa Ibom State Government has said the approved Ibom Deep Seaport and the proposed $1.4 billion Fertilizer and Ammonia Plant are expected to change the economic status of the state. […]

South-East Killings: We Are Hiding Our Faces In Shame, Says Umahi

EBONYI State Governor and Chairman, South-East Governors’ Forum, David Umahi, on Sunday, said governors of the region were currently hiding their faces in shame. Umahi stated that the herdsmen they […]

Bello Matawalle: Youths Can Save Nigeria From Collapse

Governor Bello Matawalle of Zamfara State has called on Nigerian youths to be active participants in politics and save the nation from collapse. He said in Kaduna on Monday that […]

Malami: Atiku Not Fit To Contest For President, His Parents Are Cameroonians

Nigeria’s Attorney-General of the Federation (AGF) and Minister of Justice, Abubakar Malami has told a Federal High Court in Abuja that former Vice President Atiku Abubakar is not eligible under […]

Judiciary workers under the Judiciary Staff Union of Nigeria (JUSUN) have commenced an indefinite nationwide strike, thereby shutting down the Supreme Court complex in Abuja, in line with their industrial […]

In what appears to be a purge, Twitter has suspended the accounts of several influencers in Nigeria. The social media profiles of over fifteen influencers became inaccessible as some twitter […]

Stephen Odey On Supreme Court Judgment: Why I Won’t Vacate My Seat

By QueenEsther Iroanusi The Senator representing Cross River North, Stephen Odey, has said the recent judgement by the Supreme Court on the Cross River North senatorial seat did not sack […]

Unknown gunmen have kidnapped a family of five from Ajowa Akoko north west local government area of Ondo while returning to Abuja after Easter break. Ibrahim Olusa, a native of […]

One of former President Goodluck Jonathan’s ex-aide, Reno Omokri, said yesterday he initiated the #HarassBuhariOutOfLondon protest because he wanted to put a closure to the #EndSARS protests which swept across […]

Ogun Governor Dapo Abiodun has stated the handover note given to him by his predecessor, Senator Ibikunle Amosun, did not capture the entire liabilities left behind. Abiodun said his administration […]

Democracy is a unique form of government and one of its enticing features is the separation of power. This is the principle that spread the power of the state between […]